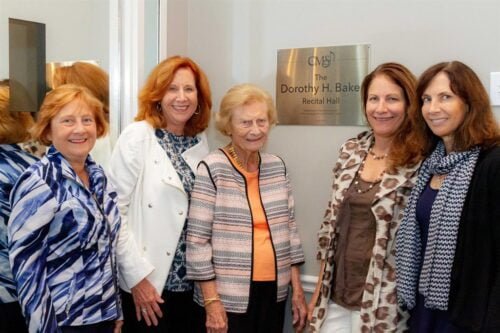 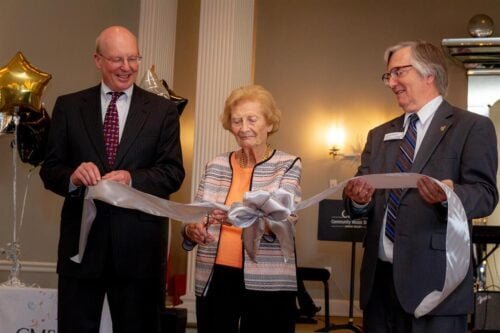 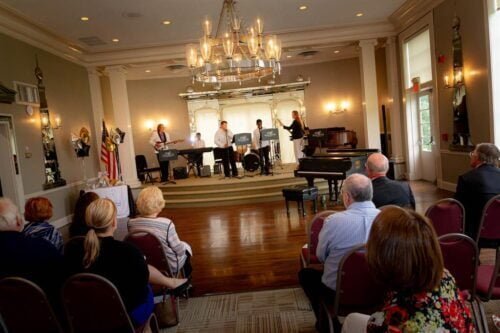 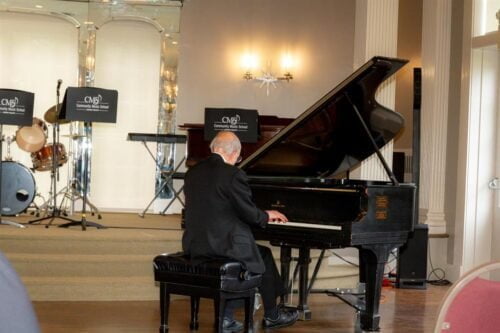 CMS is pleased to announce that the recital hall located at CMS, 1544 Hamilton Street, Allentown, will be known in perpetuity as the Dorothy H. Baker Recital Hall. The Dexter F. and Dorothy H. Baker Foundation has been a long-time supporter of quality music education programming at CMS since the non-profit’s founding in 1981. Their focus on supporting arts and culture, youth, education, and social service initiatives speaks of their being a key supporter of the new CMS Modern Band program. This free after-school program engages middle school students with music fundamentals in a fun, group environment using popular music, such as rock, and hip-hop.

A private dedication was held on June 10, 2019, with longtime CMS supporter and honorary CMS board member Dorothy Baker cutting the ceremonial ribbon with CMS Director, Jeff Reed, and CMS Board President, Larry Johnson. Trustees of the Baker Foundation and members of the CMS Board of Directors were treated to a performance of Imagine Dragons’ “Believer” by the CMS Modern Band, directed by Kate Uhler, and a piano performance by senior CMS faculty member, Dr. David Saturen.